A train journey to Istanbul

After boarding our train in Plodiv, we settled in our compartment, and managed to have a little sleep, before reaching the Bulgarian/Turkish border about 2-3 hours. Crossing the border was a long procedure. Everyone needed to leave the train, men, woman and children, and queue up to buy a visa to enter Turkey. Once we had the visa we needed to queue again to have the passport stamped.


Back on the train everyone went back to sleep, we woke up travelling in countryside, with the sun shining, as we were arriving into Istanbul, around a piece of coastline called the Golden Horn the travellers were talking to each other about their plans. A real sense of adventure. One kind traveller has given me a card with some Turkish words and phrases, but even for me Turkish is hard to use. 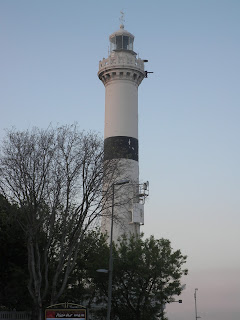 When we arrived in Sirkici station (the terminus) our first priority was a coffee from the Red River cafe, on the way to Second Home Hostel.
When we arrived at the Hostel, the small rooms were booked, but the hostel offered us a luxury suite, which was very welcome, as we had the opportunity to have a shower, a rest before exploring Sultanahmet,  Opposite our building is Cafe Bolu Lezzet Sofrasi. We had Stuffed peppers, aubergines, fresh orange juice, baklava & apple tea (a popular refreshing drink, the "normal" tea is served black)

Can (pronounce "jon") invites his hostel guests to supper in the hostel, which as well as introducing guests to Turkish food, and this was a highlight to what became an interesting stay and the opportunity to meet some great people. We had a soup made with yoghurt, chicken with fried vegetables, and we talked with Diana (from Sweden), Shara (an Iranian/American lady), two Canadian girls ..

After our supper Liz & I explored Eminou area before settling into the suite.
Posted by Jon at 13:00